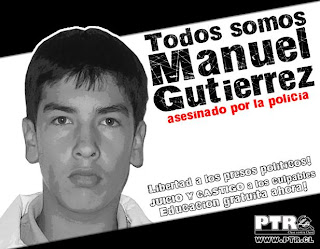 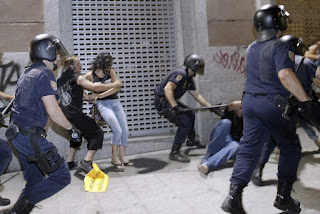 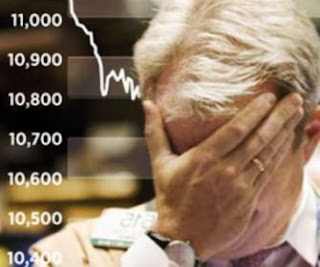 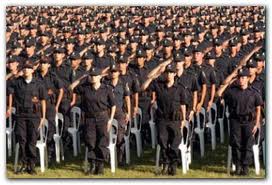 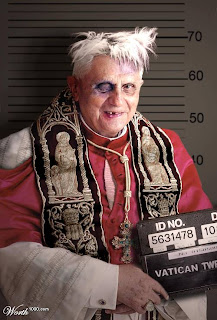 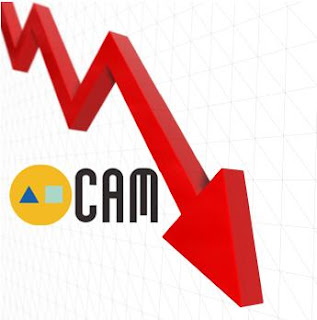 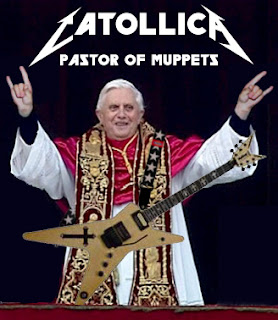 The visit of a religious leader to a country in decline, from August 15th to 22th 2011, caused a wave of repression in the midst of crisis.


Madrid begins to shield, fascist organized thier cuadros (war structures). Everybody have to take sides. demostrationist and the beggers prohibited, systematically expelled from the streets to maintain public and social! Order.

SUMMARY OF WORLD YOUTH DAYS.
No need to invent anything, themselves say what we want from this visit.
http://www.madrid11.com

OBJECTIVES EXPECTED
The World Youth Day is a great gathering of young people around the world on the Vicar of Christ.
Some tests that are fashionable these days tend to regard as a variant of modern youth culture as a kind of rock festival eclesial modified sense with the Pope as a rock-star.
The mission of the Church is always "ad gentes" ("Go into all the world and preach the evangelics, said the Lord") and this means being present in society.
Fundamentally prayer meetings, charity, solidarity and respect, highlighting the innermost being of the Church as the Church at prayer, as a pilgrim Church. At the same time emphasizes its catholicity.

Among the highlights:
18th Arriving at the airport Barajas. Welcoming ceremony at the Hall of State. Madrid Tour in popemobile entry and arrival of the Pope. 19th Stations of the Cross in the Plaza de Cibeles. 21th Arrive at Cuatro Vientos and travel in the popemobile through the area. Official farewell at the airport Barajas.
For if supported proposals, to tarcoteca would like to see a crucifixion in vivo, a scourge of heretics or small execution, or a procession of flagellants to color the holidays.

Means available:
How much is organizing WYD Madrid 2011?
Of course, there are no figures yet: they will be reporting on time. 2/8/2011
WYD costs are paid: fees for participation of young people, who pay a quota to cover expenses. Corporate sponsors of WYD, to help with cash and in kind to this global initiative.
Participation in religious services is completely free, not paid to attend the acts of the Pope. The contributions of the pilgrims used to cover accommodation and meals for the days of World Youth Day Pilgrim's Backpack, vouchers, transportation and tickets for cultural and artistic activities of WYD.
What is the Foundation Madrid Live?
Board Members of the Foundation include, among others: Inigo de Oriol, who is President, Gerardo Diaz Ferran, former President of the CEOE Emilio Botin Villa Rodolfo Martín, Catalina de Tena Luca, Juan Abelló, Arturo Fernández, Santiago Ybarra, Sabel Estapé, Francisco Pérez González, Marcelino Oreja, Antonio Fernández-Galiano, Luis Felipe Benjumea and Manzano. General Secretary of the Board has been appointed attorney Javier Cremades y Luis Miguel Abat Managing Director. The Cardinal Archbishop of Madrid, Antonio Maria Rouco Varela, Honorary President of the Foundation.
It is a fundation, a company created in 2008 with part of public money, for the event, raise funds and collect the dough. If you want to know who pulls the strings in Madrid and Spain can go looking for the names one by one on internet and surprise you. For example Inigo de Oriol is the president of Endesa (main electric company), and the leech who raise the price of electricity by 5% every year.

TRANSLATION INTO REALITY
The church, knowing that there is no way to attract people and dragging to the temples, and that all normal people want in this life is a bit of joy in their life, want to set a religious festival in Madrid. Drunk, fuck and music. Drunk will be, becouse of the wine for comunion. Fuck, as in the other festivals, will be double diffcult, because they have self-forbidden and there is no space in the streets, so that 200 confessionals were installed in the Paseo del Prado instead of tents. At first they wanted to locate them in the Casa de Campo (neighborhood where the prostitutes practice), but found excess of competition. Along the day 2000 priests will be ready to confess and report the secrets to their commands. At night the mess. Music from dominical chorus and an army of retired will make bleed the ear like if you where in a harcore concert. What a church!

Corporate Advertising vs "evangelism." The flow of contrary messages, antagonistic, creates a short-circuit in the minds of participants who choose to look at the structure created and benefits associated with them, the church, rather than the message. Poverty vs. wealth, charity vs. commercialism, idolatry vs. humility, charity vs. solidarity, freedom versus repression. The one who believes in the church should hire a psychologist. What a church!

Pope-super-star and Idolatry vs humility. The present Pope performances as a Nazi rock star. So far, only known for his involvement with the fascist party, the business in Wall Street, his relations with the extreme-right and apologized for the pedophilia. Remember that the trips of John Paul II maked him earned the world's fastest beatification. Miracle Express. If rock star is the best reference they can find to publicity the Pope we advised that we have enough rockers. What a church!

If the church is morally discredited after 2000 years of abuse, prejudice, intransigence and greed trying to recover it through summer festivals does not seem the best idea. What a church!

Mind wahsing vs. reflection. A little more of discussion and less litanies would be good to find a solution to the impasse in which they are, despite their growing businesses are better.
Sujestion is used during prayer and has worked for thousands of years to get churchgoers. They use a simple system to spread the message.
1st repeated ad infinitum a mantra to calm and focus on the message, to have more depth.
2nd tightens the participant with negative ideas and prejudices: hunger, war, pestilence, death, hell, crisis. That make you tense and get nervous.
3rd in the climax, where the participant is as tense as possible, a situation without exist, they give you the solution: believing in Jesus Christ, working with the church. The result is that the acolyte relaxes and accepts the message as good. What a church!
Is the same system used by military: the recruit crushing stress maneuvers, exercises and punishments until he accepts that the only real solution to their plight is to accept orders, relaxing and going into the dynamics.

Profit Vs charity. All events are paid by fees from participants, businesses and state services. At no time has spoken to popular catering, shelters and clinics for free or pay for travel. Everything is by pay. One of the major means of conviction that the days are good that is used to advertise the city and the profits of traders. This event is not for the poor. Waht a Church!

They assert that they have not yet calculated the costs and benefits, only approximate data. As we know, that is the only they have spoken. The president I. Oriol has calculated a cost of 50 million €, 30% will come from private funding and the remaining 70% of those involved in the day. 15 million from sponsors and 1 million € small donors. It is foresees a minimum attendance of 1 million people, 300,000 foreigners already booked, which expect a minimum of 100 million € of profit "in terms of international and Spanish investment in products during the stay." They employ 20,000 volunteers who will have to pay a fee too, 1,200 of them fascists Boys Scouts. Religious services are not paid, the rest itself. WHAT A CHURCH!
We have no find no document related to statal invest in the visist. Just spice colaboration: police, sanitary services and transport. Half event. Wath a church!

And after all what we can deduce from this is:
That the conference will be a success.
We remember everybody that presidential electios has been anticipated 6months, to 20th november, so that the political groups will use this visit to do their advertisement.
That far-right groups and pro-life will rode the wave to advertise and increase their ideological programs in election of right-wing parties.
The right will use its traditional partnership with the church to increase their electoral distance with their competitors.
That other institutional parties will try to take advantage of the same situation.
That the counter demostrations and counter acts will be harshly punished and repressed as we are already seeing the 15-M Movement.
http://www.cnt.es/noticias/cnt-denuncia-la-represion-contra-el-15-m-ante-la-visita-del-papa
That the church has failed as a system of thought and social organization and is doomed to failure. It is maintained for the repression, by the forces of the state. But we already knew it before the visit.
From tarcoteca, scourge of princes, condemn acts of mass manipulation and we sympathize with ourselves, the first to suffer the lash of his darkness. 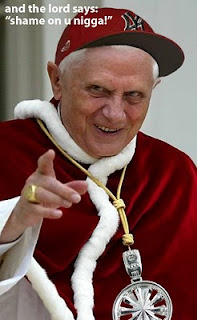 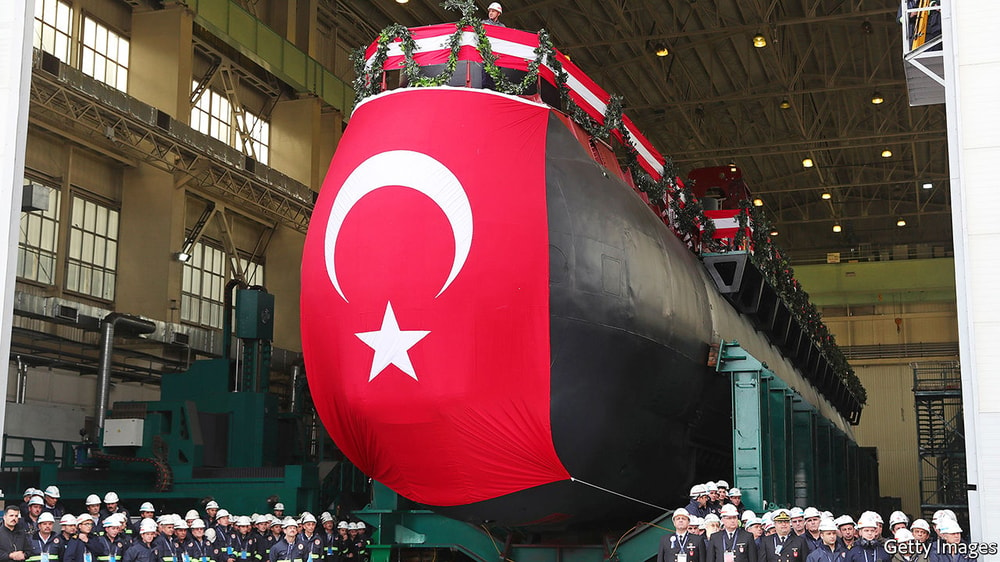